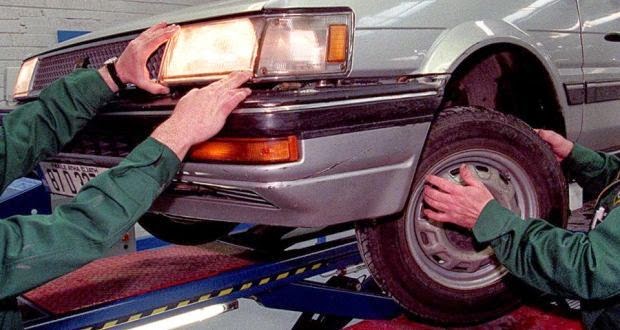 The company that operates the National Car Test for the State, has settled a legal challenge to a finding that it had unfairly sacked a car tester following allegations by a whistleblower.

The Employment Appeals Tribunal had been told in May last year that the dismissal of Co Louth man Richard Mark Matthews by Applus Car Testing Services had been a “knee-jerk reaction to an RTE Prime Time programme” on Applus.

Today’s appeal came before the Circuit Civil Court following the tribunal’s finding that Mr Matthews, of Oriel Cove, Clogherhead, Co Louth, had been unfairly dismissed more than three years ago and its compensation award of €47,500 to him.

Mr Matthews, who was the team leader at the company’s NCT centre in Drogheda, had been accused of driving vehicles that were not his own to the car centre and testing them himself. He had denied the allegations.

The tribunal found that evidence to support the allegations seemed tenuous at best and that the decision to dismiss him was unreasonable in all the circumstances.

The tribunal found that Applus had made assumptions based on addresses and names given to them by the whistleblower and which seemed to be without foundation.

It heard that an investigation had begun in August 2011 after a call had been made to the company’s whistleblower phoneline established shortly after the RTÉ programme in May 2011.

The anonymous caller, who had indicated a willingness to be identified, had provided a list of car registration numbers which Mr Matthews allegedly tested between January 2010 and August 2011 and had claimed Mr Matthews had known their owners.

The whistleblower had later sent photos of cars to the regional manager who investigated the allegations. Mr Matthews had denied he knew any of the owners.

He was dismissed by letter on November 29th 2011, on grounds that he was in breach of Applus’ code of integrity for driving vehicles to the test centre and testing them.

The tribunal said it had found no evidence that Mr Matthews drove vehicles to the test centre on behalf of others and then tested them.

In its appeal, Applus claimed the tribunal had erred in determining that Mr Matthews’s dismissal was unfair. It stated its former employee’s conduct constituted a breach of the company’s procedure.

Circuit Court President Mr Justice Raymond Groarke was told the matter had settled and could be struck out with no further order.