A Co Kildare general operative, who claimed he was sacked after he refused to operate a shot-blaster which had exploded and had injured him severely on his head and shoulders, has settled an unfair dismissal claim against his former employer in the Circuit Civil Court. 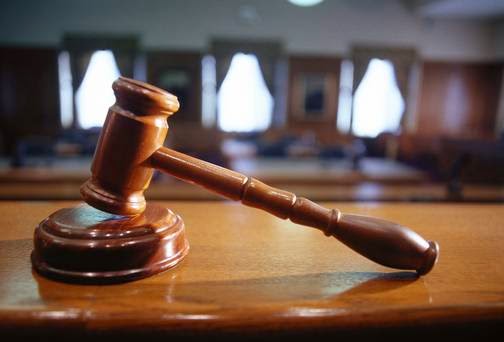 Barrister David Lennon told the court that Adrian Polcik, originally from Poland, was afraid to use the machine when he returned to work at O.K.M. Trailers, at Newhall, Naas, Co Kildare, after the accident happened in April last.

Circuit Court President Mr Justice Raymond Groarke heard that Polcik, who was employed as a spray painter, had been working on a trailer when the machine pot lid blew up due to an overbuild of pressure.

Martin Murray, a director of the company, said the machine had been serviced after the accident and was safe to use. He said the company had needed to hire sub-contractors because of Mr Polcik’s refusal to operate the shot-blaster.

Mr Lennon said his client, who suffered a significant injury to his head and shoulders, was out of work for several months. He had been paid sick leave for a couple of weeks.

Polcik told the court that when he returned to work, he had informed his employer he did not want to operate the shot-blaster, as he felt the “place was not safe.”

He said his employer had agreed for him to take a week holiday last September, but on his return to work after his vacation, his employer had told him he had never given him the permission.

He had been given two letters that day, one of which terminating his employment with O.K.M. Trailers (Manufacturing) Ltd.

Polcik, of Hunterswood, Sallins, Co Kildare, who is married and a father of one, said he was the only bread-winner in the family and had not yet found another job.

He sued his ex-employer for unfair dismissal. Mr Lennon said his client was not claiming damages. He had initiated a separate legal action in relation to his work injury.

Mr Murray denied Polcik had been allowed to take a week holiday. He said he would be happy to reinstate him within the company if he was ready to operate the shot-blaster again.

Following a brief adjournment to allow talks between the parties, Mr Lennon told Judge Groarke that the matter had come to a compromise. Judge Groarke heard that Polcik was not going back to work for O.K.M. Trailers. The judge struck out the case.

Read more from the source Australian Workplace and Discrimination Representatives